Today we will be discussing the health benefits of quinoa (Chenopodium quinoa). This pseudo-cereal is somewhat unknown in many parts of the world and hasn’t been making waves as much as I expected; considering its abundance in health benefits. You’ll be surprised about all the parts of quinoa that are edible. We will have a look at some nutrition facts about quinoa as well as some recipes that combine some basic ingredients. I will look into some common varieties like the white, red and black quinoa.

So, what is the hype all about? Quinoa also known as Goosefoot is considered a pseudo-cereal because of its massive abundance in nutrients. Talk about a tiny seed that can pack a punch! But guess what, it doesn’t stop there! The leaves and even the stems are edible. This all-rounder plant sounds too good to be true so let’s look at some research that has been done on it (including my own).

Quinoa can originally be found in the Andean region of South America close to Lake Titicaca and has been cultivated since 5000 BCE. This grain has even been found in tombs and depicted on ancient pre-Columbian artifacts. I believe, the Spanish who discovered the people cultivating this crop, are knowledgeable about preparing quinoa recipes.

It’s domestication led to a wide variety of seeds. Here are some of them: 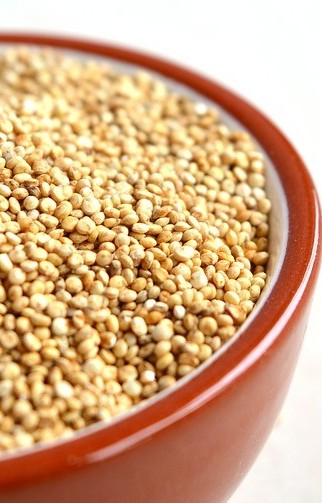 The true value this grain adds to your daily diet cannot be earnestly compared to other crops that we used to sustain our basic diet. The reason is, it outweighs all other crops in what it offers in one seed! Take the fact that they are considering using quinoa as a crop to be considered in space voyages.

White vs Red vs Black Quinoa

There aren’t any major differences in the white, red or black quinoa seeds. Differences may include a slight difference in calories and is dependent on the preference from person to person. Red and black quinoa takes longer to cook though.

I found a variety of quinoa known as Quinta Quinoa. According to the author, it is a superior quinoa that of the white, red and black variety. If you know anything about it, leave a comment and and inform us what you think about it.

In this section I will give you an idea of what ingredients can be combined along with quinoa to make some tasty meals. It is important to note that quinoa seed hides contain saponins, a glycoside that can interfere with heart rhythms. Always rinse your quinoa seeds before proceeding to cook them. If you are looking for accurate values of cooked quinoa, visit Nutrition Data.

Here are some of my favorite recipes:

Add quinoa and water to a pot. Add a pinch of salt and adjust heat to bring it to a boil. After that decrease the heat and cover it to let it simmer for 10 to 12 minutes until all the water is absorbed. Keep it covered and remove it from your stove top; let it stand for a couple more minutes.

Dish up with your favorite ingredients and spices. That’s it!

Personally, quinoa has been something I have known about for a few years now. My initial knowledge about it pertained to its effectiveness to be grown in regions where other crops fail. I studied it for a few months, monitoring its viability in the South African climate. This led me and my university to believe this crop is a game changer when it comes to nutrient value.

It can produce greater harvests than corn and wheat, and can significantly add to the RDA (recommended daily allowance) or necessary nutrition for those who cannot afford a diverse set of ingredients to sustain themselves.

This crop fills the gap in a vital niche towards a sustainable and affordable diet. Although the word of this wonderful plant has not spread, it is definitely something to keep an eye out for. I am going to leave you with a video on the basic preparation of quinoa.